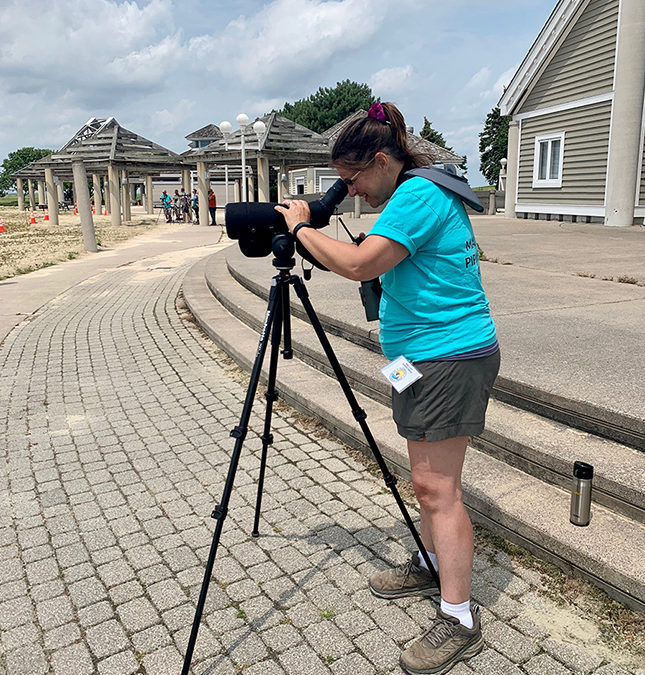 during a volunteer shift 7/15. “PIPL HQ” is visible in the background. Photo by Mandy Roberts.

A July 10 New York Times article, “There’s a Specific Kind of Joy We’ve Been Missing,” finally put a name to the nearly inexplicable joie de vivre that I’ve been feeling lately: “collective effervescence.” As writer Adam Grant explains, “peak happiness lies mostly in collective activity.” During the pandemic, the synchrony we feel when we come together to share a purpose, dance in rhythm, or laugh with strangers, was nearly entirely absent from our lives. I couldn’t name it, but felt the lack of connection deeply.

The opportunity for the birding community of northern Ohio to unite together around a common purpose arose suddenly and without premonition. Coinciding with the lifting of coronavirus restrictions in Ohio in early June, a pair of piping plovers began nesting on Ohio’s North Coast for the first time in more than eight decades. Few people alive today remember the last time a piping plover family successfully raised chicks in Ohio. Undeterred by this history, a pair of plovers set up housekeeping at Maumee Beach State Park in late May, and on June 1, laid their first egg on the inland beach. 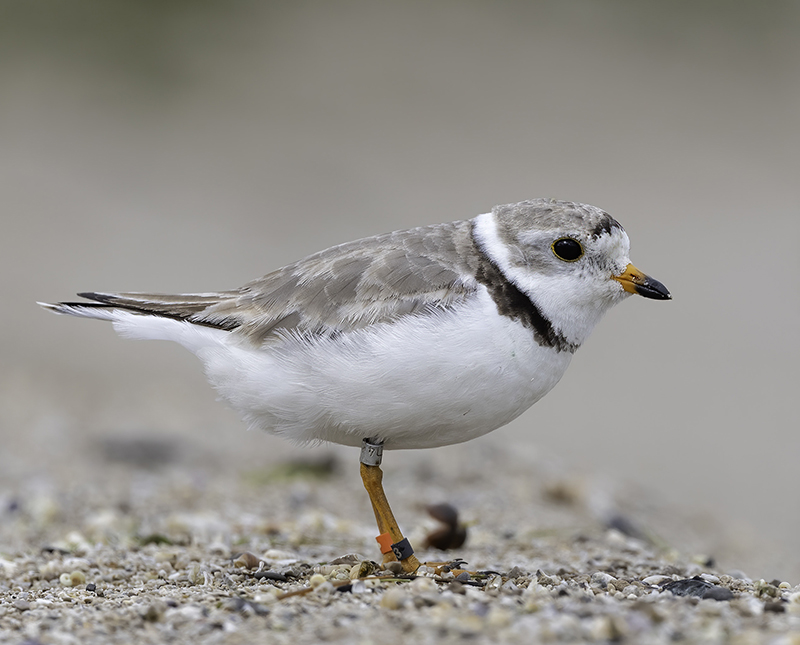 U.S. Fish and Wildlife Service, the Ohio Department of Natural Resources, and Black Swamp Bird Observatory sprang into action to cordon off a protected area and train and muster an army of volunteers, dubbed the “Plover Patrol.” A disused concession stand became “PIPL HQ.”

As a writer who deliberately keeps a light schedule in order to be flexible for just such opportunities as this, I dove in to plover monitoring at full speed. I was prepared to be delighted by the tiny plovers as they ran up and down the beach, and even imagined what it might be like to watch the antics of the chicks—who when they are first hatch look like toasted marshmallows running around on pretzel sticks. 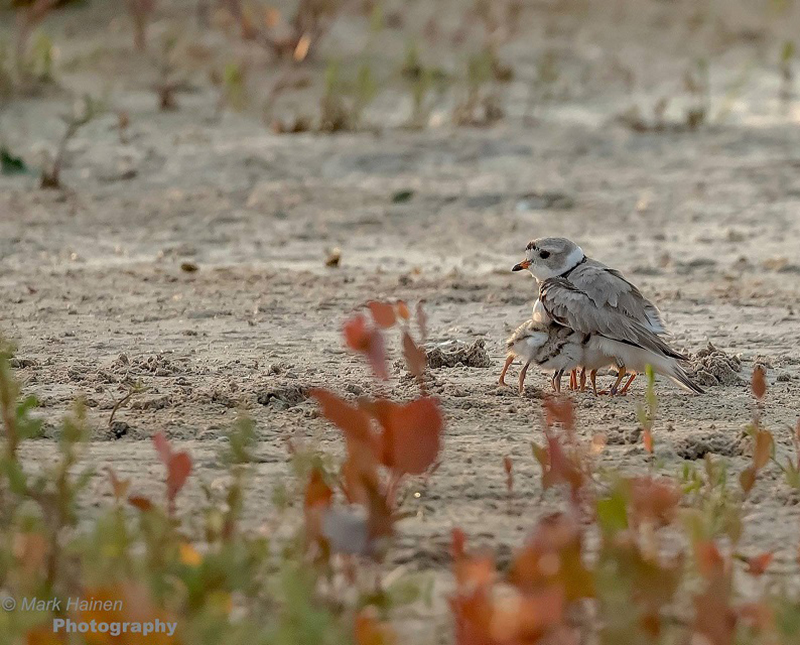 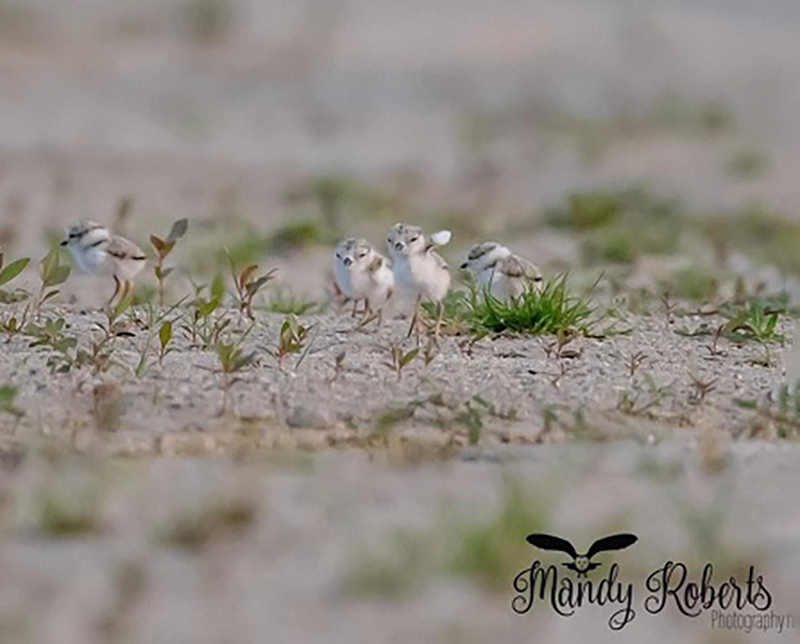 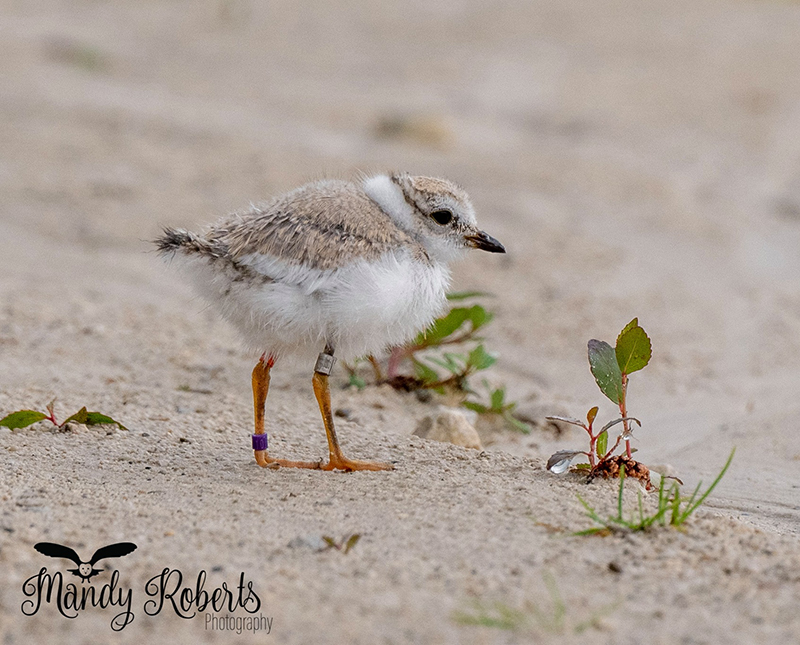 But I wasn’t prepared for the “collective effervescence” that arose among the Plover Patrol as we—many of us previously strangers to each other—came together around the common purpose of keeping the plovers safe and monitoring their behavior.

It may seem silly, but I was nearly moved to tears by the calm professionalism of my new friends as we learned the ropes of scientific note-taking and walkie-talkie operation together, joyfully brainstorming and problem-solving on the fly. With the pandemic easing and fears of contagion waning, sliding into this shared rhythm was not just joyous but breathtaking.

Giggling together over the chick that could never seem to get under the parent to brood, or bounced off in a back flip, grew into giddy hysterical laughter. Each morning checking in to the Facebook group to learn the 6 a.m. plover count became a shared ritual. And there were hugs, lots of hugs.

The innumerable volunteers keep track of the eight daily two-hour shifts on a shared Google doc. As the hatch date approached and after all four chicks successfully emerged on July 1, the number of volunteers on each shift kept doubling from two, to four, and then eight. One magnanimous soul, Jack Burris, took over the monumental task of coordinating all of the others, freeing BSBO staff to concentrate on the jobs they already had. Beyond that, the collective is self-organized on each shift. 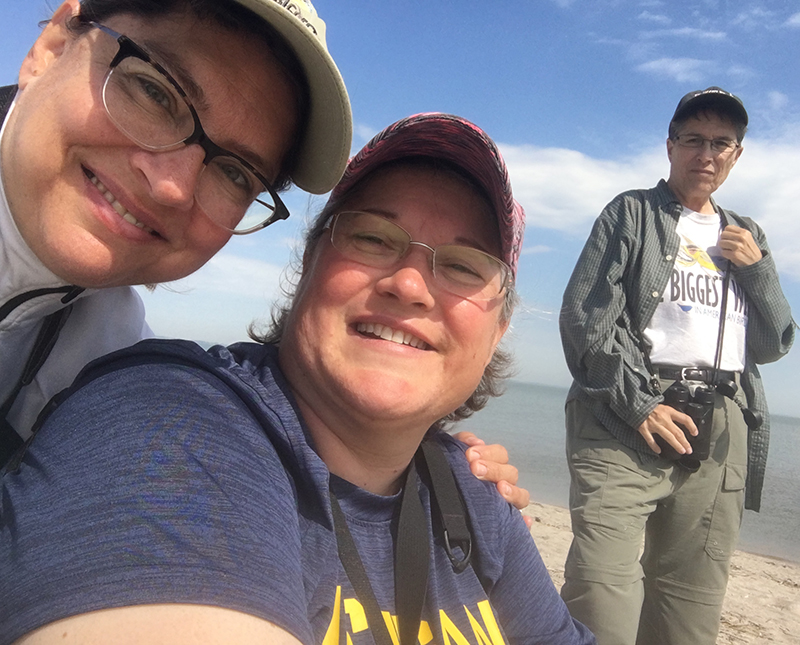 If at least two of these chicks fledge, they will increase the average over the number needed to sustain this critically endangered population. If three or four fledge, our little plovers will have succeeded beyond expectation and play a role in potentially expanding the population beyond the current estimated 75 breeding pairs, numbering barely 200 birds throughout all of the Great Lakes.

Even if this pair never returns to Ohio—but of course, I hope they will—this collective joy has lifted the pandemic gloom from all of our hearts. As Grant writes, “You can feel depressed and anxious alone, but it’s rare to laugh alone or love alone. Joy shared is joy sustained.” 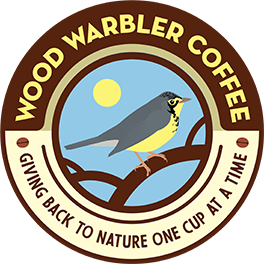